About Your Lewiston Elected Officials

The Lewiston City Council consists of a mayor and seven councilors elected by the voters of Lewiston. Each councilor represents one of seven wards  Lewiston's Ward Map. The mayor and councilors are elected at each regular municipal election to serve two-year terms. In Lewiston, municipal elections are held on the first Tuesday, following the first Monday, during the month of November during odd-numbered years.

The most recent Mayoral Inauguration & Oath of Office Ceremony was held on January 6, 2020. The following individuals will serve until January 2022. 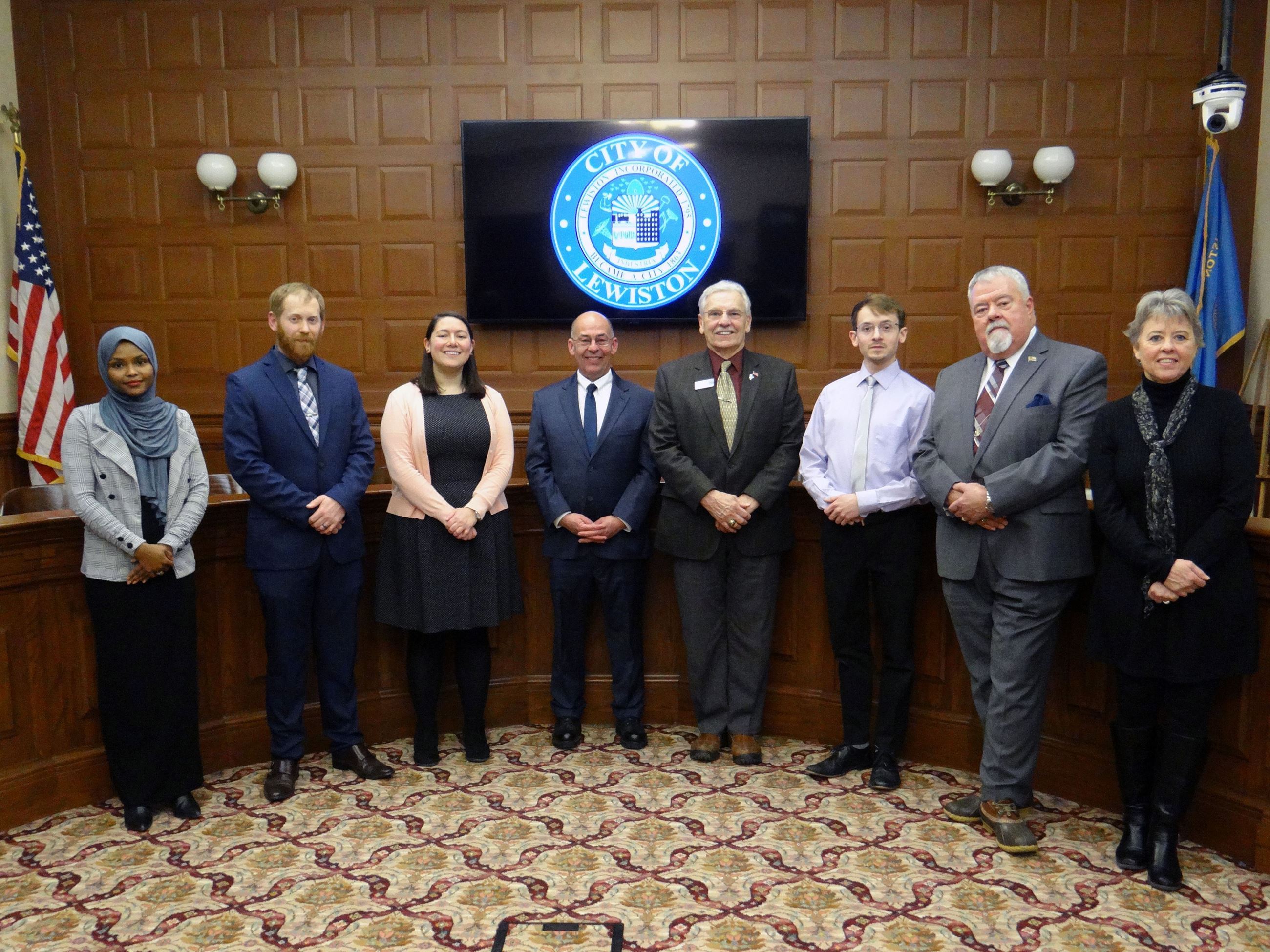