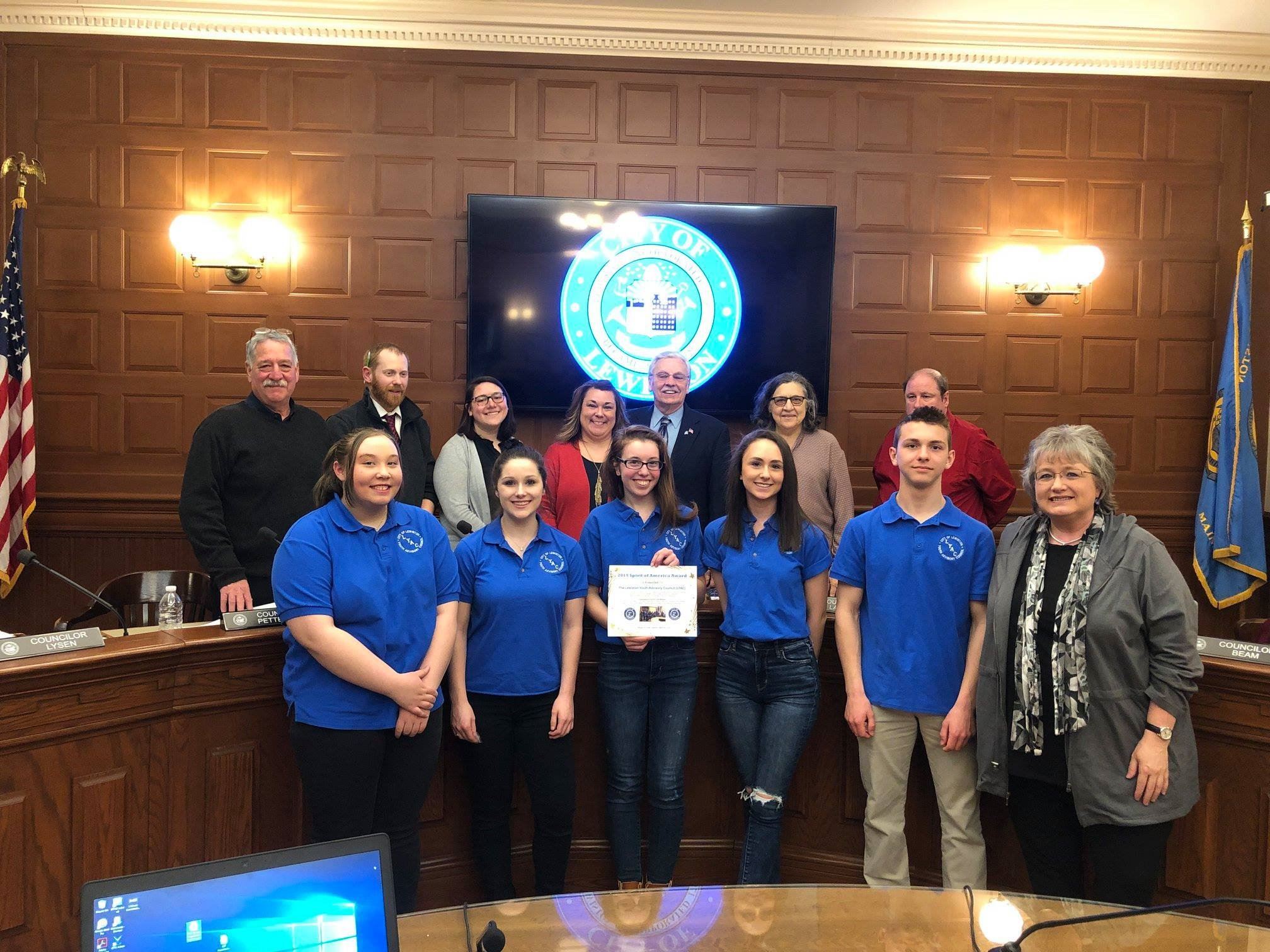 The Lewiston Youth Advisory Council (LYAC) was recognized by the Mayor and City Council on April 16, 2019, as their 2019 Spirit of America Award winner.  Each year, the Spirit of America Foundation, based in Augusta, asks Maine municipalities to select individuals, projects, or organizations for recognition of commendable community service.   The youth council was established by the Lewiston City Council in 2001, and the first group met in 2002.
​
​Mayor Kristen Cloutier noted that the council gives youth a voice, enables them to learn about municipal government, and to undertake projects and initiatives for the betterment of the community.
​
​Since July 2018, The Current Group Has Done the Following:
​ • Filmed social media videos entitled “Shine on Lewiston: Let’s Get Down to Business” featuring several new and expanding Lewiston businesses.
​ • Launched an online City Positivity feedback form (www.lewistonmaine.gov/positivity) for folks to share positive things about Lewiston; submissions are shared through social media.
​ • Hosted a “Shine on Lewiston: Police Insider” panel Q & A with members of the Lewiston Police Department sharing what a typical day is like, as well as “from the heart” perspectives about what they do.
​ • Hosted a “Shine on Lewiston: Let’s Go Eat” food sampling event at the Franco Center to promote Lewiston as a food and dining destination. Twelve (12) eateries participated and donated their food. People were lined at the door 40 minutes before the event started!
​ • This month, they decided to shine a light on bullying, and with the assistance of community members, on the evening of April 4th, they posted encouraging, positive messages on 1,400 lockers at Lewiston High School.
​ • Next is an anti-bullying poster contest with Lewiston’s elementary schools, with grade level winners from each school to be recognized at a ceremony hosted by LYAC.
​ • LYAC is also continuing to collect testimonials about bullying experiences for a video they want to film. Testimonials can be submitted online at www.lewistonmaine.gov/bullyproof