“Let there be peace on earth,” noted Ronella Paradis, wife of former Lewiston elected official Mark W Paradis, at the December 18, 2012, renaming of Pierce Street Park, Lewiston, in his memory: Mark W Paradis Park. She was accompanied at that evening's City Council meeting by son Phillip.

The Lewiston City Council voted unanimously for the recommendation made by the Lewiston Youth Advisory Council (LYAC) that the park be renamed in Paradis’ honor. The park renaming was the result of a contest facilitated by LYAC during their work with the Downtown Neighborhood Action Committee (DNAC) to make improvements to Pierce Street Park, to include a more attention-getting name. Nicole Morin, a student at Lewiston Middle School, submitted the winning entry, hence the renaming of Mark W Paradis Park, which was also endorsed by DNAC. 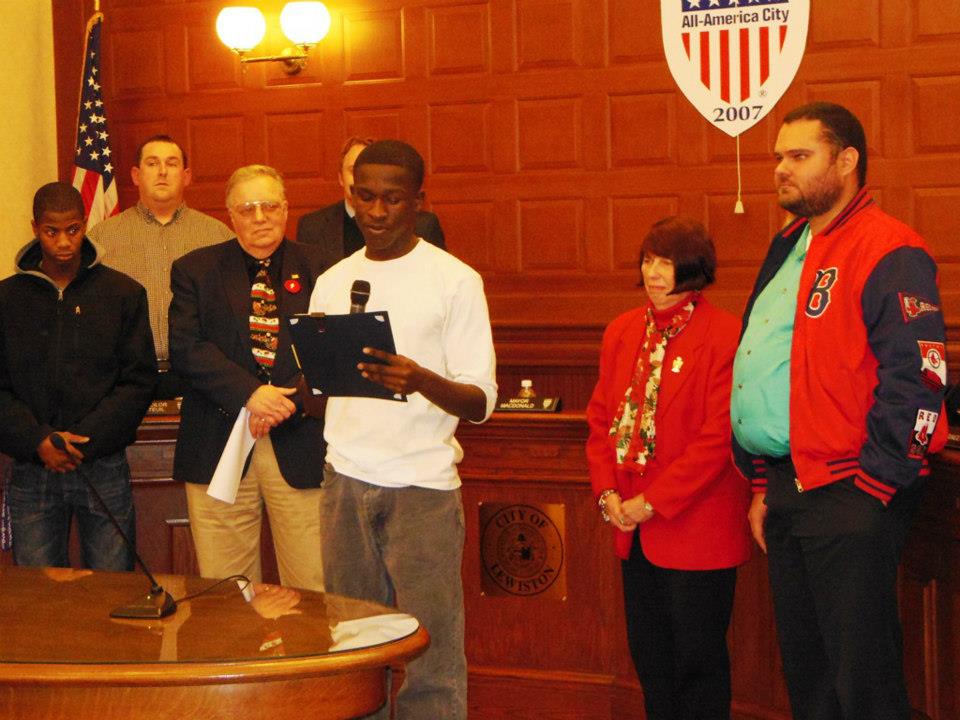 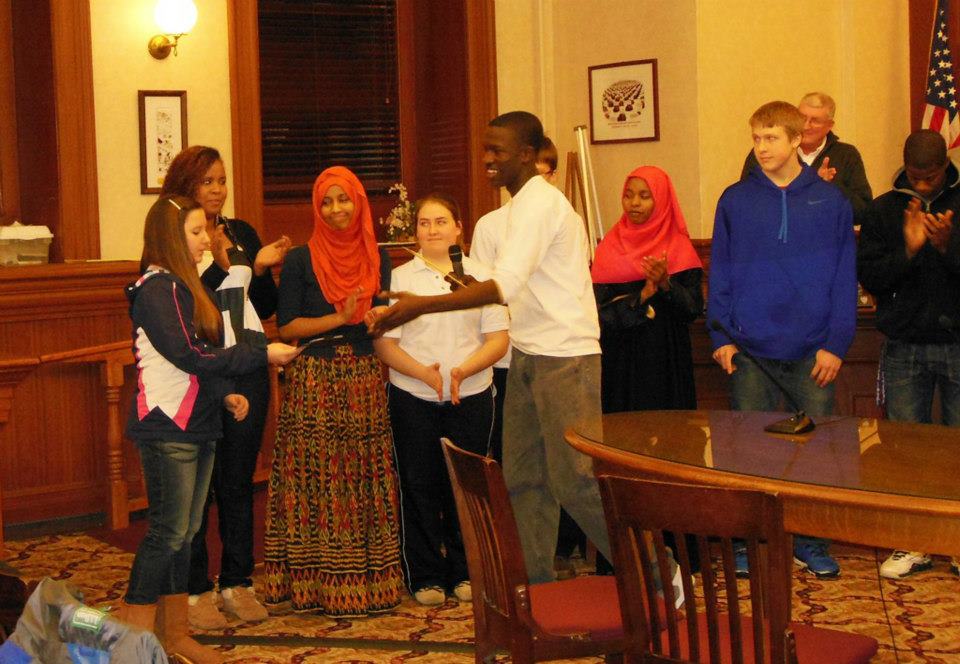 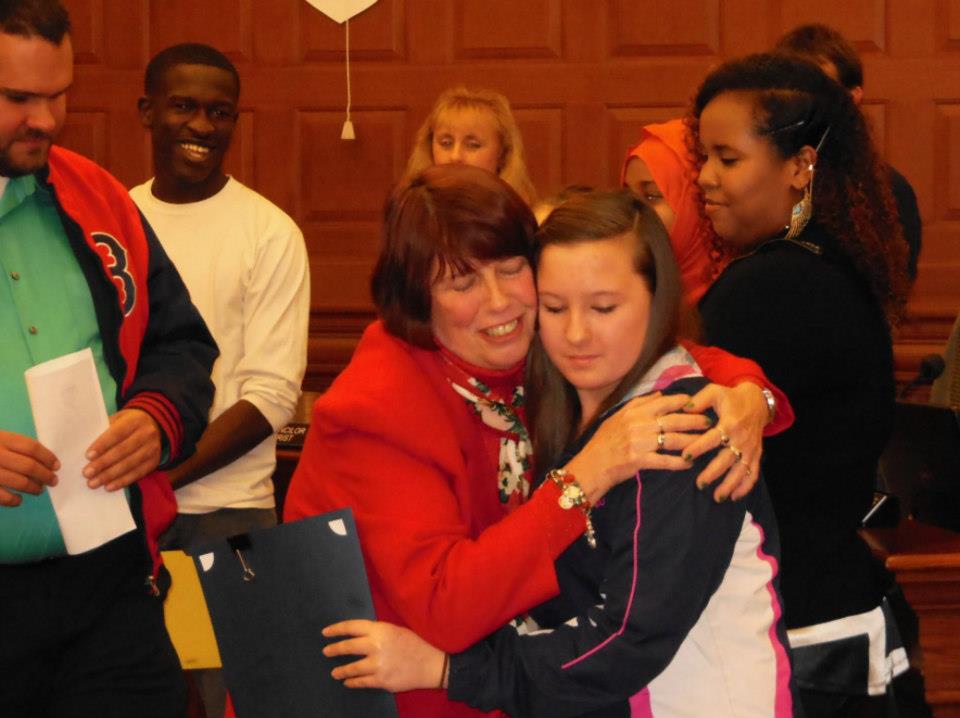 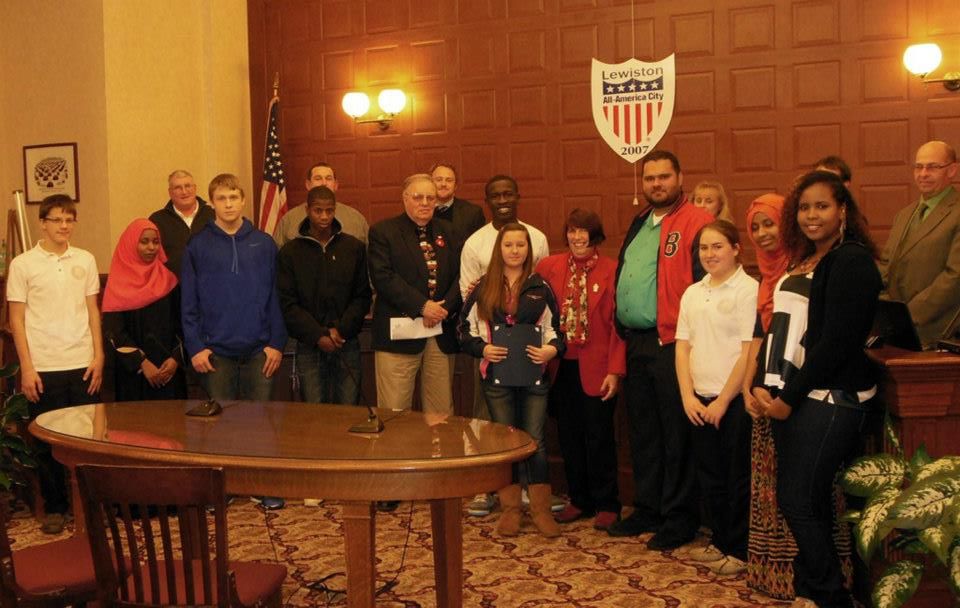